THE INFORMATIONS ABOUT 13TH CONGRESS OF MFPRM IN MARRAKECH , MOROCCO (Prepared by Dr Hafid MELIANI)

The 13th Congress of Mediterranean Forum of PRM was organized and hosted by the Moroccan PRM Society . It was held between the 7th and 10th November 2020 in Marrakech.

The ISPRM was represented by its President Prof. Walter FRONTERA and by its Vice

President Dr. Francesca Gimigliano whilst the ESPRM was represented by its President  Prof. Nicolas Christodoulou  . Most of Mediterranean societies’s Presidents was present amongst others .Officials from different ministries, disabled association’s representatives,WHO local representative …

With around 500 participants from 35 countries  from all over the world mainly from Mediterranean  and European countries but also including participation from other African countries(Congo ,Niger,Senegal ,Gambia,Sudan ),as well as from Asia ( Japan ,Korea , Philippine …), South America ,USA and Australia .The Congress was well organized . Marrakech and congress venue was particularly appreciated .

The theme of the Congress was “PRM serving disability ”.  Presentations  treated all rehab fields and pointed on how community medicine can participate in rehab care.

A significant number of invited speakers was present at the Congress including top European rehabilitation speakers,North africa and middle east speakers . There were also specially invited speakers from the USA namely Prof Walter Frontera , Atul PATEL .

The detailed information of Marrakech MFPRM Congress is as follows:

1-   Thenumber of participants according to the countries:

2- Thenumber of participants according to the professions

4-During the Congress the new Executive Board was elected for two years.

The new Executive Board Committee is as follows:

The next MFPRM Congress was also confirmed at Aman Jordan in 2021 whilst Roma Italy was selected to host the Congress in 2023.

We are very excited for upcoming Congress ! 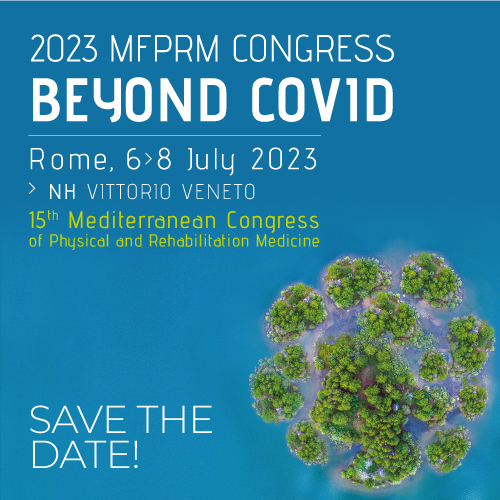